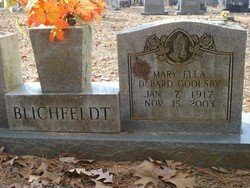 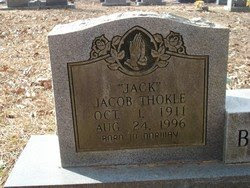 SALLIS *(MS) - Jack Blichfeldt, 84, retired power engineer with UCLA, died of heart failure Saturday at Saddleback Memorial Medical Center in Laguna Hills, Calif. Services will be at 2 p.m. Thursday at New Hope Lutheran Church, where he was a member, with burial in New Hope Cemetery. Nowell Funeral Home of Kosciusko has charge. A native of Norway, he was a veteran of the Norwegian navy and air force, having served in World War II. He was a member of the Norwegian Seaman War Veterans Club. Mr. Blichfeldt, the husband of Mary Ella DuBard Goolsby Blichfeldt, also leaves two daughters, Anna Helena Eide and Hilda Tjelland, both of Norway; a son, John Goolsby of Laguna Hills; two brothers, Finn Blichfeldt and Aksel Blichfeldt, both of Norway, seven grandchildren and seven great-grandchildren.


Mary Ella Blichfeldt's obituary (below) as it appeared in the Clarion Ledger, the newspaper of Jackson, Mississippi on November 18, 2003:

Mary Ella DuBard Goolsby Blichfeldt, 86, retired executive secretary/division manager with Lipton Tea (West Coast Division), died Saturday, November 15, 2003, at Hospice in His Hands in Durant. Visitation is 5-8 p.m. today at Culpepper Funeral Home in Kosciusko. Services are 2 p.m. Wednesday at New Hope Lutheran Church in Sallis with burial in the church cemetery. Mrs. Blichfeldt was born January 7, 1917 in Attala County to Earnest Allen DuBard and Willie Morgan. She was a graduate of Holmes Jr. College and Draughns Business College. She was a member of New Hope Lutheran Church. She was a member and past Regent of the DAR, member and past president of the Sallis Twentieth Century Club and church treasurer for eight years. She is preceded in death by two husbands, Charles L. Goolsby and Jacob Thokla Blichfeldt; and a sister, Margaret DuBard Coffey. Survivors include: son, John Goolsby and wife Kim Hoops Goolsby of Aliso Viejo, Calif.; sister, Kathryn DuBard Yarbrough and husband Jim of Sallis; and a grandson, Dean Goolsby. Don Vollenweider will officiate the services. 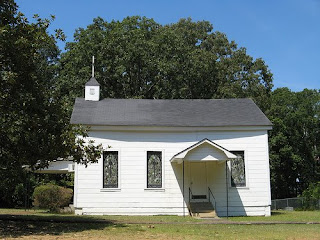 The entrance to New Hope Lutheran Church's cemetery is pictured below. Over five hundred individuals, including Mr. Blichfeldt and members of the Dubard family are buried here. 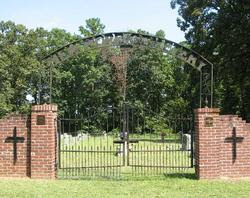 According to the U. S. Census of 1920, Mary "Elle" Dubard was the only child in the household headed by her father, Ernest, age 36, and her mother, Willie, age 29. At the time the census was recorded, Mary Elle was shown to be "3 and 4/12" years old, with an estimated birth year of 1916. The race of all family members was shown as "White." Also present in the household were two other adults, J. C. Dubard, age 66, and Hattie Dubard, age, 58, very likely the parents of Ernest. J. C. Dubard's mother and father were shown to have been born in South Carolina. On the same census page is another Dubard household headed by Bennie, age 49, likely an older brother of Ernest, and his wife, Lee Dubard, age 44. Parents of Bennie and Lee were all born in South Carolina. Also enumerated in the household of Bennie and Lee were two children, Howard, age 15, and Christine, age 6.

Mary Ella's burial in Attala County, where she was born, grew up, and lived for a time, is yet another story of a native Mississippian who came home to be "at rest."